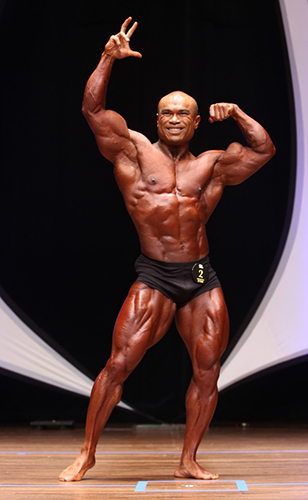 FITZGERALD, Ga. – December 14, 2016 – Protein Plus, LLC, a leading producer of peanut and peanut-based products for the food and confectionary industries, is pleased to announce that it is sponsoring IFBB Professional Bodybuilder, Ko Chandetka. Ko will represent the entire line of Protein Energy products including the recently introduced Protein Energy Power™, a great tasting, natural peanut protein powder drink.

“Nutrition is very important to me, not only as a professional athlete, but also as a father of two young children,” said Ko Chandetka. “I’m very excited to be working with Protein Plus to promote their unique line of products which feature peanuts as their core ingredient. Peanuts are the most nutrient dense nut and are naturally cholesterol and gluten free. They are also an excellent source of protein, fiber and contain many other essential nutrients. Regardless of your level of fitness or lifestyle, Protein Plus’ new Protein Energy Power is a great option for those that want to supplement their diets without compromising taste.”

Protein Energy Power contains 17 grams of protein per serving, is high in fiber, low in sodium, and cholesterol free. It is genetically modified organism (GMO) free and contains no artificial colors, no artificial flavors, and no artificial sweeteners. Protein Energy Power comes in four flavors including original, chocolate, honey and banana, and is available online and at select retail locations including Publix stores and the company website, www.proteinplusflour.com.

“Not only does Ko have great appeal as a professional athlete and father, but we believe he will be a great ambassador for our brand,” said Allen Conger Jr., President of Protein Plus, LLC. “His extensive knowledge about training and nutrition is not only valuable to athletes, but also to those simply looking to improve their health or sustain an active and healthy lifestyle.”